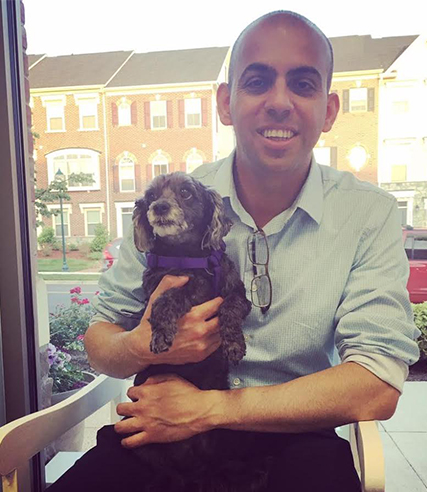 Dr. Gulani completed his degree in veterinary medicine (BVSc & AH) in 2001 from Punjab Agricultural University (which is located about 200 miles north of Delhi in India). In 2002, Dr. Gulani moved to United States and joined Purdue University for pursuing a doctoral degree in Veterinary Immunology. At Purdue, he worked in a research laboratory (from 2002-2007) in department of veterinary pathobiology. His focus of research was developing new vaccines and diagnostic tests for Johne’s disease (bovine paratuberculosis) and transmissible gastroenteritis disease in swine. Dr. Gulani published his research work in peer-reviewed journals. Dr. Gulani desire for higher education and love for chocolate led him to a two year residency program in Laboratory Animal Medicine at Hershey, PA (Penn State Milton S. Hershey Medical Center). In the residency program, he gained in depth knowledge and training on nutrition, medicine, anesthesia, surgery and pathology while working with variety of animal species.

Dr. Gulani has more than 17 years of experience of working with Dogs, cats, rabbits, ferrets and rodents. He has held several positions in private practice, academia, pharma, department of defense and department of health and human services. Dr. Gulani is certified by Educational Commission for Foreign Veterinary Graduates of American Veterinary Medical Association (AVMA) since 2009. Dr. Gulani became Diplomate of American College of Laboratory Animal Medicine (ACLAM) in 2013. His areas of expertise are preventive medicine, immunology and endocrine diseases. 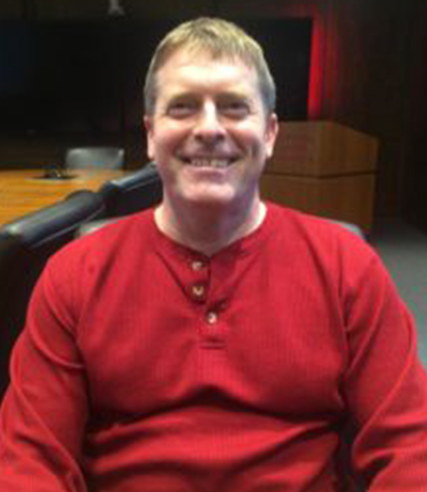 Dr. Chappell earned his Bachelor of Science degree at George Fox University in Newberg, Oregon in 1992 with a pre-medical emphasis. He served in the United States Navy Reserves between 1988 and 1997 in an enlisted status. He obtained an active duty commission in the United States Army Reserves in 1997 where he served in a reserve status until entering active duty as a veterinarian in 2001. He continues his active duty service as a Lieutenant Colonel. Dr. Chappell has worked in the field of veterinary medicine since 1993. Prior to attending veterinary school in 1997, he worked as an animal care technician at multiple veterinary hospitals between 1992 and 1997, including ensuring preparation and successful completion of AAHA (American Animal Hospital Association) accreditation. Since graduating with a Doctor of Veterinary Medicine in 2001, he has served in multiple areas of veterinary medicine including clinical medicine, preventive medicine, and ensuring animal welfare in research settings. As a clinical veterinarian for the US Army, he managed two major veterinary programs including two of two major military installation veterinary clinics, audits of civilian food producers, management of base and fleet subsistence teams, inspection commissary facilities, conducting of food and water vulnerability assessments for the military, and participation in international animal care operations and veterinary related presentations. He provided full service surgical and medical care for all species of service member owned pets as well as providing medical and emergency care for all breeds of military working dog.

He earned his Doctor of Veterinary Medicine degree at Oregon State University in 2001. He also earned a Masters of Public Health at the Uniformed Services University of the Health Sciences in Bethesda, Maryland in 2008. In 2008, he successfully achieved Diplomate status in the American College of Veterinary Preventive Medicine (DACVPM). In 2010, he completed the US Army Laboratory Animal Medicine Residency program at the US Army Medical Research Institute of Infectious Disease in Frederick Maryland. In 2011, he successfully reached Diplomate status in the American College of Laboratory Animal Medicine (DACLAM).

Dr. Chappell has 8 years of experience serving in various capacities of providing medical care and welfare for animals used in a research setting. His expertise lies in bio-containment and radiation with experience in all areas of animal welfare protection including serving as the attending veterinarian for a major military research facility, member of multiple IACUCs, preparing for and participating in AAALAC International site visits, as well as providing animal medical and surgical care to numerous species of exotic animals including nonhuman primates, rabbits, guinea pigs, hamsters, ferrets and various other species.

Nancy J. Petro Keller, DVM received her Degree in Veterinary Medicine from the Ohio State University, College of Veterinary Medicine, in 1993. She grew up in the suburbs of Cleveland, Ohio with the goal of becoming a Veterinarian since age 8 after falling in love with horses. After graduation, she proceeded into the professional practice of veterinary medicine which included a multitude of different mammalian species such as dogs, cats, horses, cattle, sheep, goats, swine, ostriches, emus, and pocket pets in rural Ohio. She married a fellow veterinarian from Ohio who was in service of the U.S. Army Veterinary Corps and traveled the world broadening her practice experience to include novel animal species such as marine mammals (dolphins and seal lions) and non-human primates. Additionally, she is a highly skilled veterinary surgeon applying those skills to advancing diagnostic and therapeutic interventions against the world’s most deadly infectious diseases at USAMRIID, Ft Detrick. She is honored to be part of a team who are trying to save the world and contributing her talents towards something that is larger than all of us! She is a Diplomat of the American College of Veterinary Reality (DACVR) – LOL with over 25 years of advanced private practice experience. Her special interests are orthopedic and soft tissue surgery, and equine and canine reproduction. Her hobbies are trail riding, various arts & crafts, golfing, and anything involving her kids. She has horses, dogs, and cats. 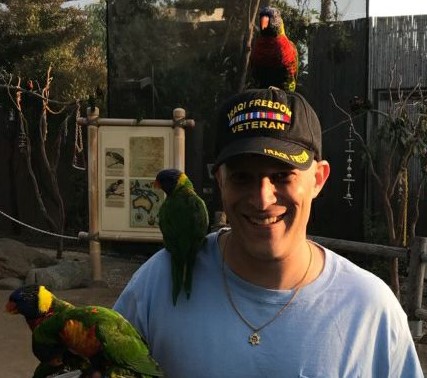 Dr. Willens received his BS in Animal Science from Rutgers University in 1992, DVM from University of Minnesota in 1996 with externships at the Minnesota Zoo and Gabbert Raptor Center, veterinary internship in Aquatic Animal Medicine and Research from Mystic Aquarium in 1999, and PhD in Comparative Biomedical Sciences (Pharmacology) from North Carolina State University in 2005. Immediately after the events of September 11, 2001, Dr. Willens joined the Army Veterinary Corps, and he currently serves on active duty in the rank of Lieutenant Colonel. He voluntarily deployed to Iraq in 2007 on an embedded provincial reconstruction team to assist agricultural communities in Babil Province and veterinarians at the Baghdad Zoo. In 2013, Dr. Willens became a Diplomate of the American College of Veterinary Preventive Medicine (ACVPM), and he is a member of the American Veterinary Medical Association (AVMA), the American Association of Zoo Veterinarians (AAZV), and the International Association for Aquatic Animal Medicine (IAAAM). His expertise includes avian/exotic/aquatic animal medicine and surgery, pharmacology, toxicology, and preventive medicine and public health. In his “down time”, Dr. Willens is lead singer for the rock cover band, Left-Over, and instructs and practices taekwondo with his son, Matthew, as a third degree black belt. His dancer and violinist daughter, Emily, also works at NVA. 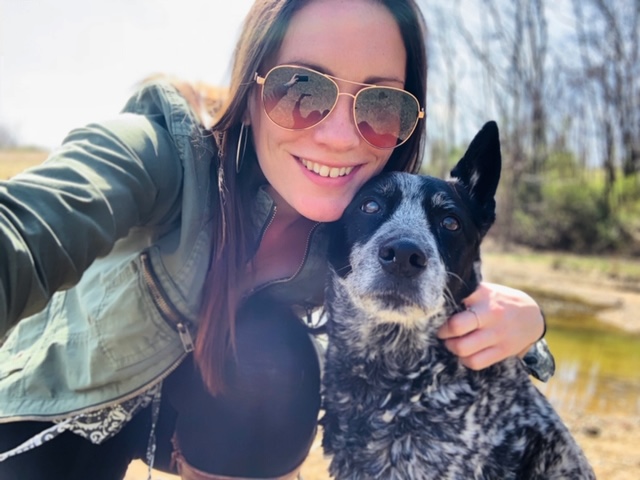 Holly Anderson has been working in the veterinary field for 15 years. As a native from Arlington, Virginia she launched her career with her love of horses and dogs. She is very close with her family and friends and enjoys spending time with them when she’s not directing Neighborhood Veterinary Associates. Her hobbies include kayaking, hiking, fishing, and horseback riding. Her favorite horse to ride is Dash, a handsome American Quarter Horse gelding. She has a mischievous 1 year old feline named Nacho, a 15 year old Blue Heeler named Dahlila who’s been by her side for 14 years, and a 6 year old Pitbull mix named Wyatt Earp who’s as sweet as they come. Holly’s ambition is to create long lasting relationships with NVA clients and their pets.

Katherine lives in Clarksburg, MD with her three cats, two geckos, and a cockatiel. She has years of experience with animals from working at a specialized feline only clinic and volunteering on a local farm. In her spare time she like to do free lance artwork and volunteer for local conventions. 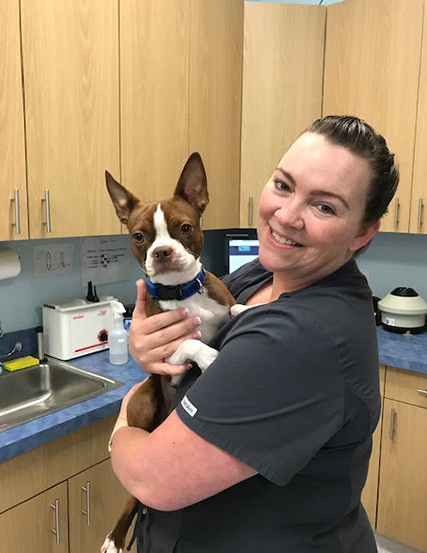 Sarah has always been around animals. Growing up on a large farm in Charlottesville, VA, she was usually found in the barn with the horses or looking for obstacles that would make good jumps. She started showing horses at the age of 5 and by 15, was the captain of her interscholastic riding team, president of the local 4-H and an active member of pony club. Sarah has over 20 years’ experience working with animals, with a focus on livestock and exotics. She currently resides in Dickerson Maryland with her husband and 2 girls along with 2 cats, Tang and Pepa and a goofy coonhound named Merlin. Sarah is a licensed LATg (Laboratory Animal Technologist).

Ivette has more than 7 years of experience of working as a veterinary technician. She is a very skilled, experienced and passionate tech. She specializes in providing technical support for the surgical and dental procedures. Ivette was born in Perú but grew up in Maryland. She loves working with animals. Her childhood was spent caring for a variety of animals including cats, dogs, birds and rodents. During spare time, Ivette enjoys doing arts, crafts, and design. 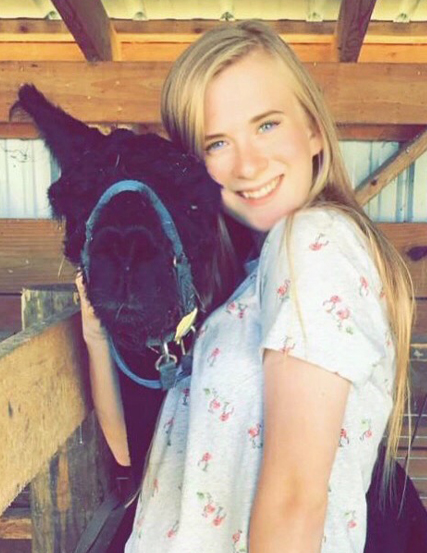 Jessica earned an associates degree in science from Frederick Community College. Now, she is studying Nursing at Hood College and this is her third year. Jessica grew up around a lot of animals, and that is because her father is a veterinarian. She enjoys helping pets and pet owners. She works part time at NVA on weekends and evenings. 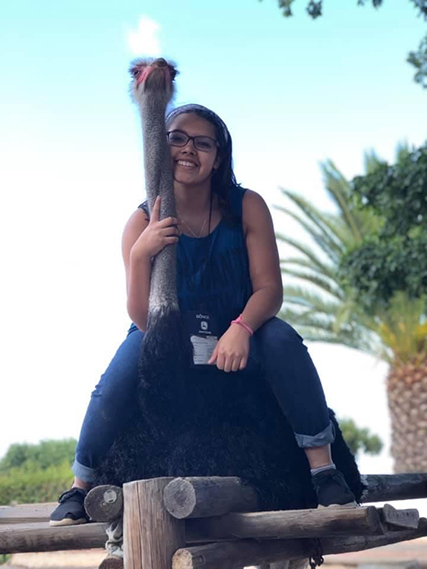 Adelia enjoys working with all kinds of animals! Adelia started her journey working at Green Meadows Petting Farm in Urbana for a total of six years from the age of 14. She was a part of the FFA and served as an officer during three years of her high school. During high school she broadened her passion for her love of animals ranging from small rodents to large animals. She showed South African Boer goats during two years of high school. She loves to learn about all exotics, working with livestock, and of course cuddling with her dog and cats at her home. She is a past Maryland FFA State Treasurer where she served the term 2018-2019. Adelia has been able to travel to Alaska and South Africa due to her service with Maryland FFA. Adelia can not wait to see where her future here at Neighborhood Veterinary Associates takes her and is so eager to gain relationships with clients and their fur babies!

Andrew has over 25 years of professional experience working with animals. In addition to his position with The National Institutes of Health, His primary role there is anesthesia and diagnostic imaging support. He is currently employed by Veterinary Neighborhood Associates as a veterinary technician. He has worked with a wide range of animals, from lab animals, domestic pets, to agricultural and exotic species. He also has a strong background with more than 10 years in animal behavior, including training with positive reinforcement techniques during his time working with the United Stated Army. 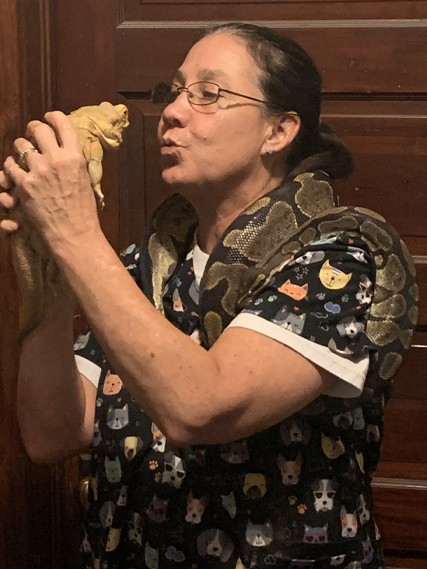 Lari has been working in the veterinary field for over 26 years. She has played various roles like receptionist, assistant, technician, surgery technician, dental hygienist in veterinary medicine over the span of the last 26 years. Working with pets is her passion. When Lari is not at work, she enjoys spending time with family, her fur babies and scaly babies.

© 2018 NVA Clarksburg. Designed & Managed by ViziSites.Terms of Use.

In light of the recent developments with COVID-19 (Coronavirus), Neighborhood Veterinary Associates has implemented a plan to help protect our clients and our team.